News
Home Back to Previous News Tribute to Our Founders

Tribute to Our Founders 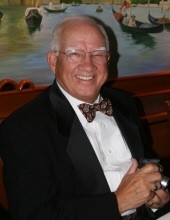 After graduating from the University of Michigan in 1957 with a Bachelor of Science in Chemical Engineering, Lee proudly served as a 1st Lieutenant in the US Army Reserve. He later moved to Louisiana where he worked for the Humble Oil and Refining Company (now ExxonMobil).

During his career with ExxonMobil, Lee conducted statistical analysis and research for a method that would allow direct operating performance comparisons of oil refineries with different configurations, equipment, and auxiliary process units.

His work was an extension of earlier work by Dr. W. L. Nelson, who had developed refinery “complexity factors” based on capital expenditure. Dr. Nelson’s complexity factors were first published in the early 1960s in a series of articles in The Oil & Gas Journal.

Lee later ventured out on his own and, in 1981, he founded his own company, Solomon Associates. When he was ready to retire in 1998, he sold the company to Hartford Steam Boiler Inspection & Insurance Company (HSB).

The following history of the early days of Solomon was taken from the “Refinery Study Perspectives” paper issued in April 1997 titled “The Basic Elements of Refinery Performance Measurement”:

“In the late 1970s, the principals at Solomon Associates conducted a small survey of refineries in the United States to identify the range of performance currently experienced within the group. That effort led to the development of Comparative Performance Analysis™ (CPA™) techniques based on the concept of EDC®. EDC® was defined as a standardizing dimension which incorporated capacity, the effect of multiple units, and, in the absence of actual industry data, approximated process complexity based on early Nelson factors.

As industry participation in Solomon’s CPA™ studies grew, it became evident that more advanced refinery processing units employing higher-pressure catalytic facilities, unique electronic instrumentation, computer control, and more sophisticated construction materials identified shortcomings in the early complexity factors. In early 1983, we examined our industry database of more than 100 refineries (primarily in the USA) and addressed some of these deficiencies. By testing the old capital-based complexity factors against performance parameters for energy use, unit staffing, maintenance practices, and overall cash operating expenses, we produced a set of ‘improved’ complexity factors.”

The development of these improved complexity factors led to a methodology for which Solomon would be awarded multiple patents; in addition, many of Solomon’s Key Performance Indicators (KPIs) have been trademarked and registered with the US government and other government entities worldwide. Solomon’s methodology would prove to be the solid foundation from which it would launch a full portfolio of multi-client Comparative Performance Analysis™ (CPA™) studies covering the entire oil and gas industry: upstream wellhead and LNG facilities, midstream pipelines and terminals, and downstream refineries and chemical manufacturing plants. 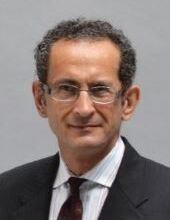 Paul Ziff, founder and president of Ziff Energy Group, which became part of Solomon in 2013, passed away in Calgary on November 28, 2020. Paul was a dual Canadian and US citizen, having been born in New York and raised in Canada (in Ft. Erie, Ontario, not far from Buffalo). He graduated from Harvard University with a degree in Economics and Political Science. His college education also included a year abroad in Paris studying at the Institute d'Etudes Politiques at the Sorbonne.

Following Harvard, Paul started work in the field of international lending. Soon Paul moved to Calgary and began his long career in energy. After joining the Alberta Petroleum Marketing Commission, where he specialized in natural gas pricing, he became an oil & gas investment analyst. In 1982, he started his own consulting practice, which grew into the Ziff Energy Group.

Ziff Energy initially focused on North American natural gas issues, and later pioneered a method of conducting production efficiency analysis for the upstream sector. This method, first applied in Western Canada, was eventually expanded to offshore and onshore production operations in over 40 countries. In 1997, Paul opened a Houston office to better serve the company’s US and international clients.

Paul was a prominent speaker on energy issues and industry performance in North America and at worldwide industry conferences. By the time Ziff Energy Group became part of Solomon, Paul was regarded as “an icon of natural gas energy.” Paul retired from Solomon as an Executive Vice President at the end of 2016.

Paul conducted his life with a strong sense of integrity, honesty, and fairness. In selling Ziff Energy Group to Solomon, Paul was very concerned with finding the most appropriate future home for the company’s people and services. Paul determined that Solomon, the global leader in performance improvement for the energy industry, was the perfect home for Ziff Energy Group.

HSB Solomon Associates LLC (Solomon) provides data-driven, strategic insight across the energy industry, leading to greater efficiency, reliability, and profitability. We draw upon the world’s most extensive, historical, and proprietary databases of operational performance, and combine that knowledge with a library of industry best practices and industry experts that understand your business. This combination allows us to identify operational gaps and deliver insight and solutions to close those gaps and improve results, connecting data to business strategy and sustained performance excellence. Solomon is part of the HSB family of companies and serves clients in nearly 80 countries, with global headquarters in Dallas and regional offices in Houston, London, Manama, and Singapore.